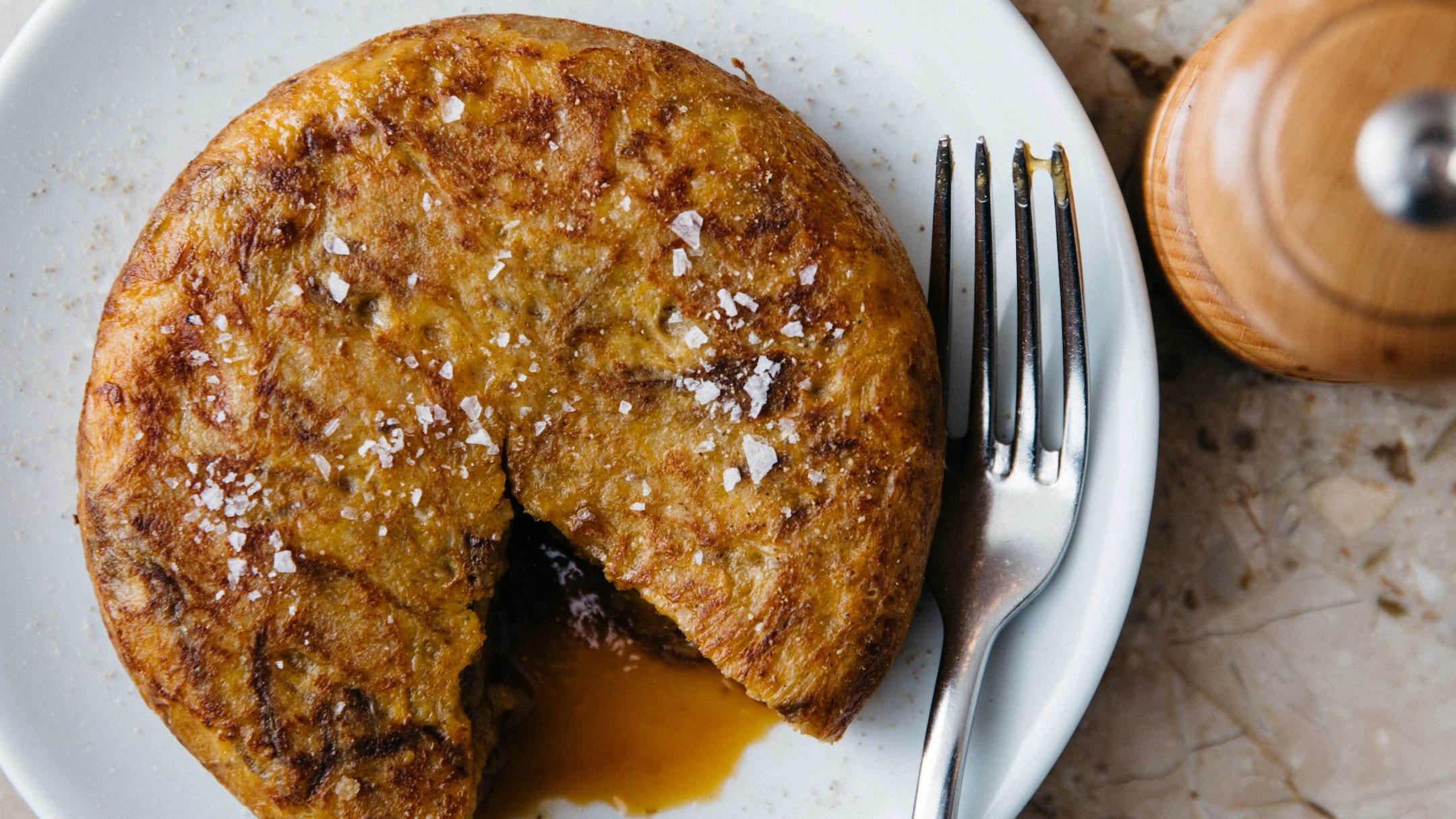 Tapas is an excellent way to share plates with all your mates. These are the best tapas restaurants you should be hitting up for a good Spanish-inspired supper. 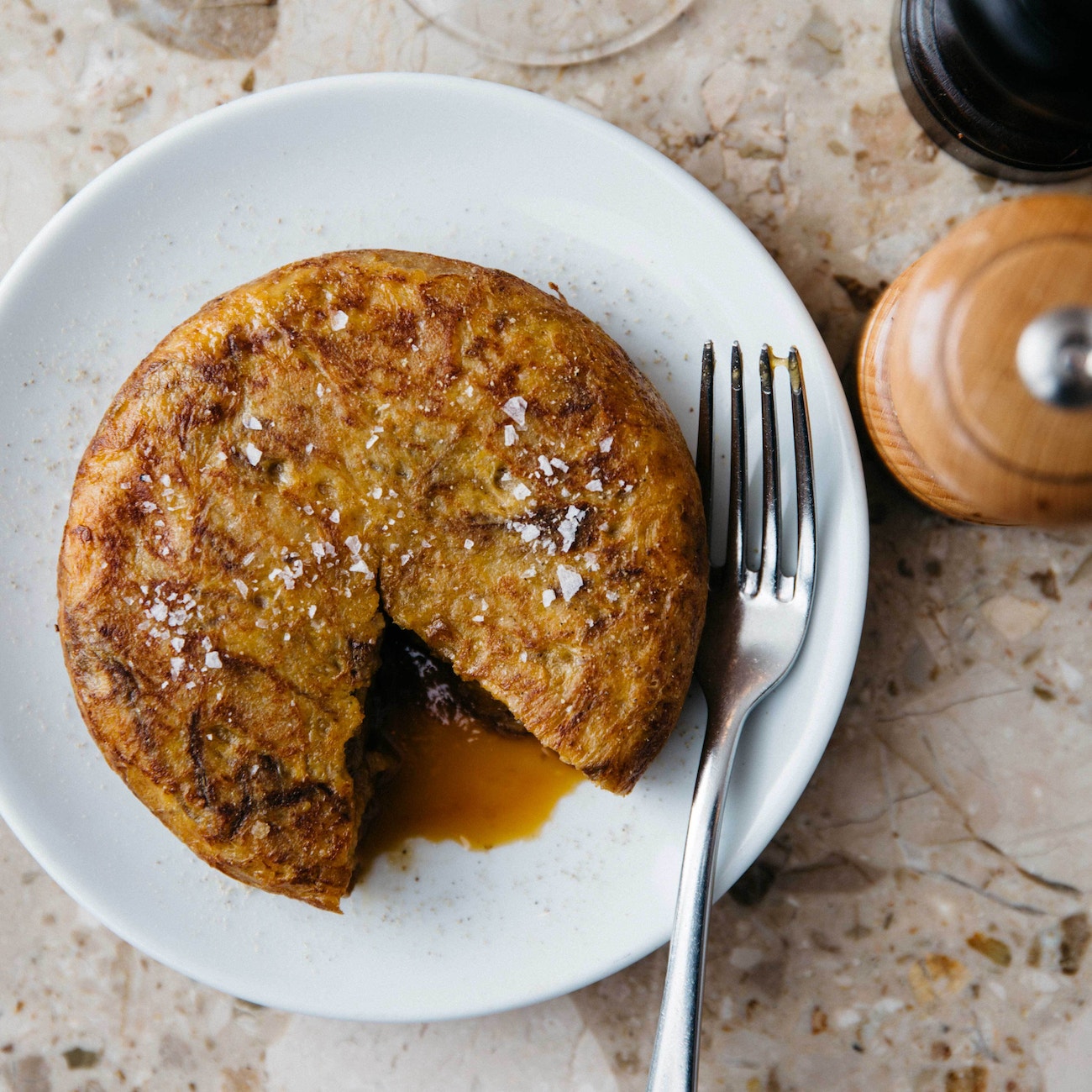 The tortilla at Barrafina is legendary for a reason. Photograph: Greg Funnell.

Tapas is about sharing. Tapas is about adventure. Tapas is about drinking too much Txakoli and eating littles tins of weird fish. Although Spain – specifically, the country’s mountainous Basque Country – has a stranglehold on the world's best tapas and is well regarded for serving the finest punchy pintxos you can take down in a single bite, booking a flight to the sunlit region isn’t your only option if you’re in the mood for quality tapas.

From Michelin-starred menus at restaurants like Barrifina to the more wallet-friendly, laidback vibes at spots like Copita, London is a city that boasts an ever-growing tapas scene. Thanks, in no small part, to the city’s growing Spanish diaspora and the number of talented chefs looking to replicate a genuine taste of home in the Big Smoke's muggy streets. Importing quality produce can, however, be almost prohibitively expensive in this post-Brexit world we inhabit so don’t go expecting to eat as cheaply as you would in Spain or think you’re going to get a triple gin and tonic for the price of a bus fare. This is still London, after all, and if you want quality, you’ve usually got to pay for it. That being said, there’s still some rather affable and affordable tapas knocking about.

And before you get up in arms about which restaurants didn't make the cut, it's worth clarifying that this guide isn’t just about Spanish restaurants in London. It’s about the joints that do tapas. Real tapas. That means excluding any restaurant that serves wieldy portions of paella or does, like, “British-style tapas” or “American-style tapas”. I’m really not about anyone trying to jump on a trend for the sake of marketability and I'll take a pass on any restaurant shilling small plates with a mock-Spanish accent that's more offensive than Manuel in Fawlty Towers. These lot are different though: these are the best tapas restaurants in London. Come here and you'll leave full of delicious picky bits. 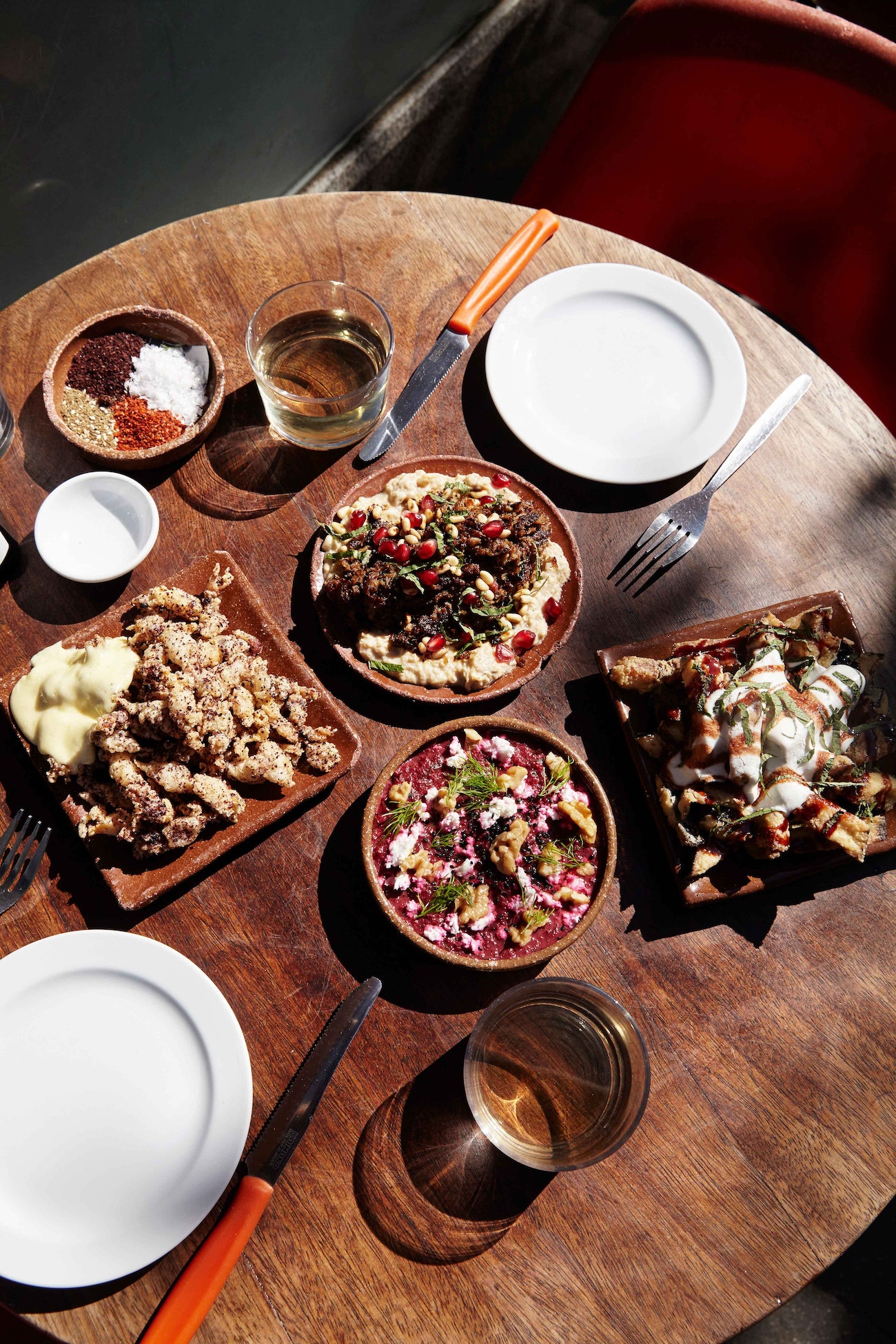 Nestled next to Moro in Exmouth Market, Morito is a casual, buzzy restaurant that’s been casually serving some of the city’s best tapas for a number of years. Padron peppers and gildas are the perfect palate kickstarters while larger plates of sardines a la plancha and patatas bravas prove the joint is just as capable when it comes to the bigger portions. Morito’s Hackney Road outpost is also worth checking out for the charcoal-grilled squid alone. Well, that squid and the fact that it’s just as good as its Clerkenwell cousin. Morito serves the hippest tapas that London has got to offer. Go there.

Legends aren’t born, they’re made. There are four Barrafinas in London; the original site is on Soho’s Dean Street, there are two in Covent Garden, and a fourth in King’s Cross. Each restaurant maintains the standard of high-quality tapas which Barrafina has been the flagbearer of for a very long time. You can’t go wrong with the classics but exploring the daily specials menu is highly recommended. Just make sure you’re prepared to spend some money. A lunch or dinner at Barrafina will never be cheap, but it’ll always be worth it. 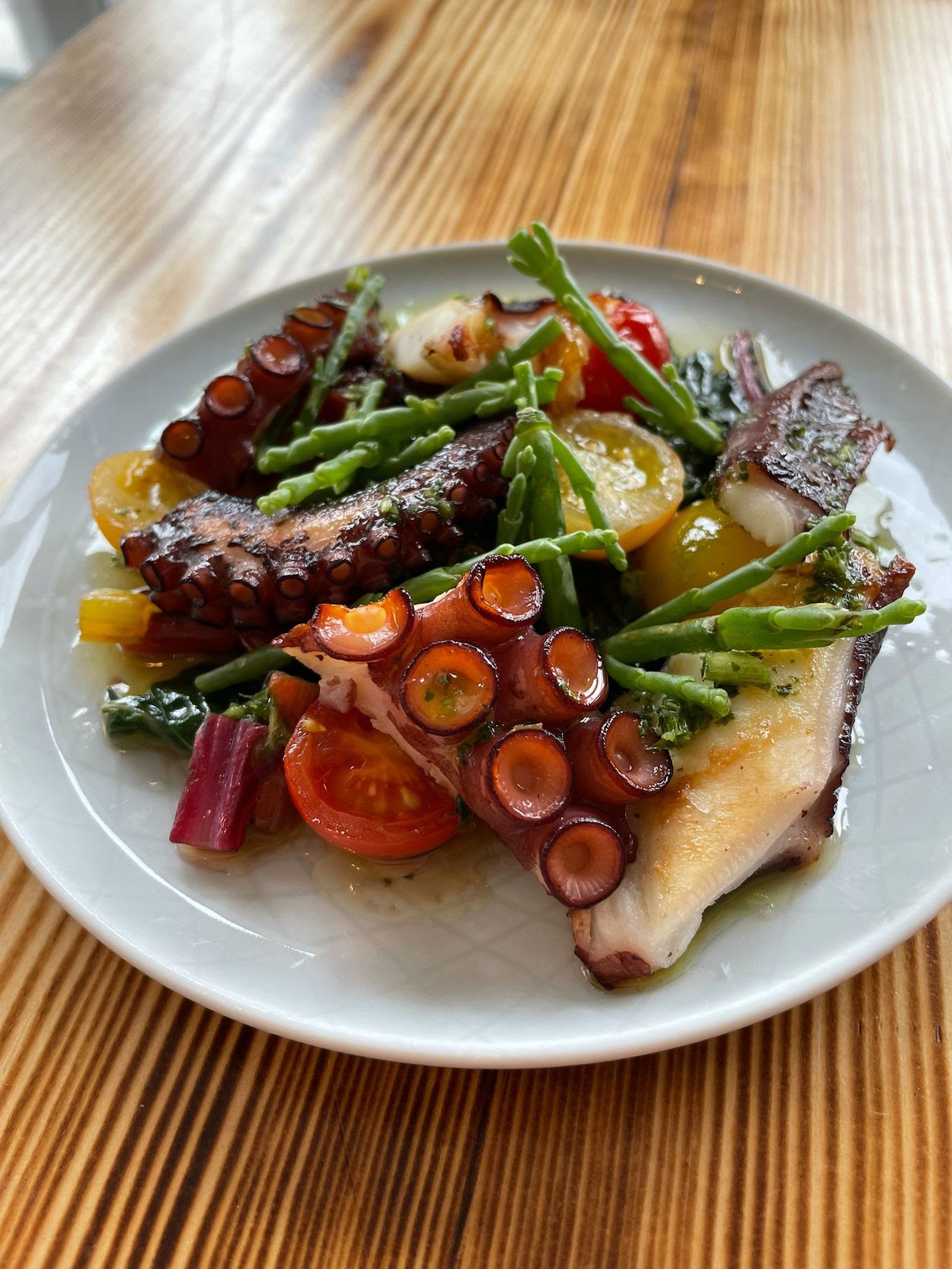 This Spanish restaurant group has got five spots (or should that be rooms?) dotted all over south London and, honestly, it’s hard to find serious fault with their tapas offering. The prices are reasonable, the service is efficient, and the produce used is top-shelf stuff. You’ll find all your classic plates at The Tapas Room – think salt cod croquettes, Catalan fuet, and Galician octopus – alongside an extensive Spanish wine list with lots of funky natty wines in attendance, too. Get a bottle of the Txakoli in and order as many plates as your table can physically handle for a meal that’ll make Peckham feel like the Basque Country. For an hour or so, at least.

A post shared by The Little Taperia & Cocktails (@littletaperiatooting)

The Little Taperia is a cute little place that doesn’t have a buzzy “hip 20-somethings who work in media” vibe but it does have a nice and lively “neighbourhood local” vibe – an ambience that only gets enjoyably rowdier after most patrons have had a goldfish goblet of gin and tonic. The swollen albondigas are a must-order, as is at least one portion of the jamon croquetas. Though, to be on the safe side, it’s probably best you order two. They’re salty, creamy, and the perfect bite to accompany a cool, strong drink.

Tapas is the ultimate way to share food and Tapas Brindisa is one of the best places to eat tapas in Soho that won’t require you to have the deep pockets of Amancio Ortega (Spain’s wealthiest man and the founder of Zara) to feed yourself. While Barrafina tends to steal the headlines, this cute little restaurant is a great spot to dine with your friends and sample some excellent Spanish produce, refreshing pan con tomate, and über garlicky gambas. The tortilla is an essential order and it’d be rude not to get a glass (or two) of Spanish wine along for the ride as well.

Another tapas joint in Soho that’s worth checking out is Copita. It’s not large – I’d be suspect of any tapas restaurant that’s got more than 50 covers, to be honest – but it’s a cosy spot that’s ideal for getting intimate with lots and lots of Jamon Ibérico. As with most tapas menus, it can get pricey here if you’re not careful but if you keep track of what you’re ordering you shouldn’t be given too lengthy a bill. Some dishes edge towards the Middle East (burnt aubergines, labneh, pomegranate and nuts) but most stick to a traditional tapas rubric with blushing presa iberica and buňuelos de bacalao rounding off the extensive menu.

Founded by Nieves Barragan and José Etura, Sabor is a Michelin-starred restaurant intent on showcasing just how special tapas can be. The Counter is the best place to feel like a local Andalusian at Sabor, gorging yourself on a changing daily menu of fresh fish alongside regional dishes from all across Spain, but any seat in the house will do the trick. The milk-fed lamb sweetbreads with capers is one of the best-balanced dishes in town: every bite is a sweet, salty, hot, and fatty assault on your palate. Order it, and thank me later. 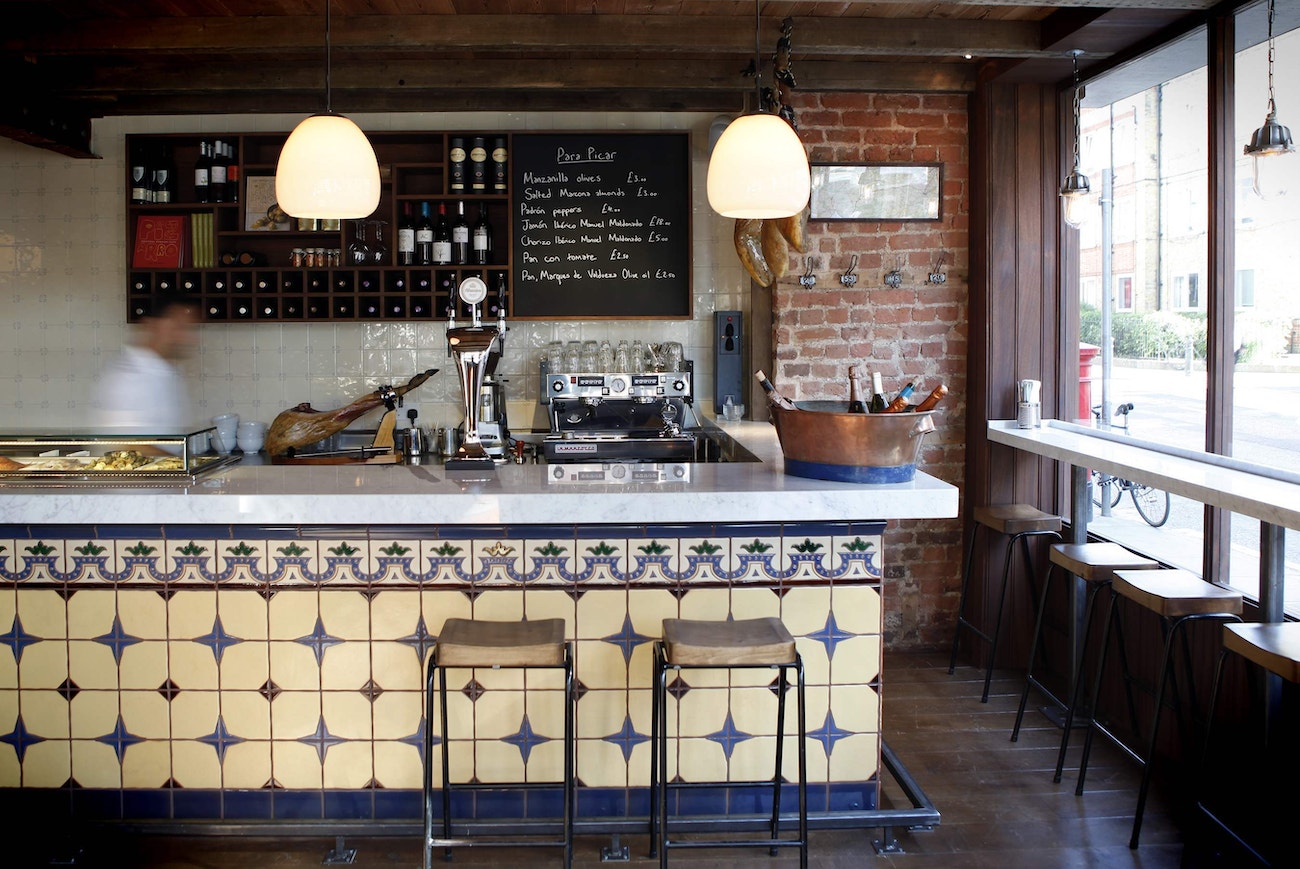 A no-booking policy can sometimes be frustrating – a roadblock when you want the security of knowing whether you’ll actually get dinner or not – yet at José in Bermondsey Street, the first-come, first-serve basis only adds to the charm. The atmosphere is always friendly and the daily changing blackboard menu is always pitch-perfect. Combine an obscene amount of cured meat with over 50 Spanish wines and sherries, and you’ll be willing to fight hand over fist to get a table at this tiny corner spot.

As chef Dani García’s first culinary concept in the UK, BiBo offers a fresh and playful take on tapas. Oh, and an in-house DJ. The open kitchen provides the dining room with an unrelenting energy as plates of oxtail brioche, jamón croquetas, and mussels cabreao come rushing past to a soundtrack of 160bpm House. This Shoreditch tapas restaurant is a scene. Be there if you want to be seen. 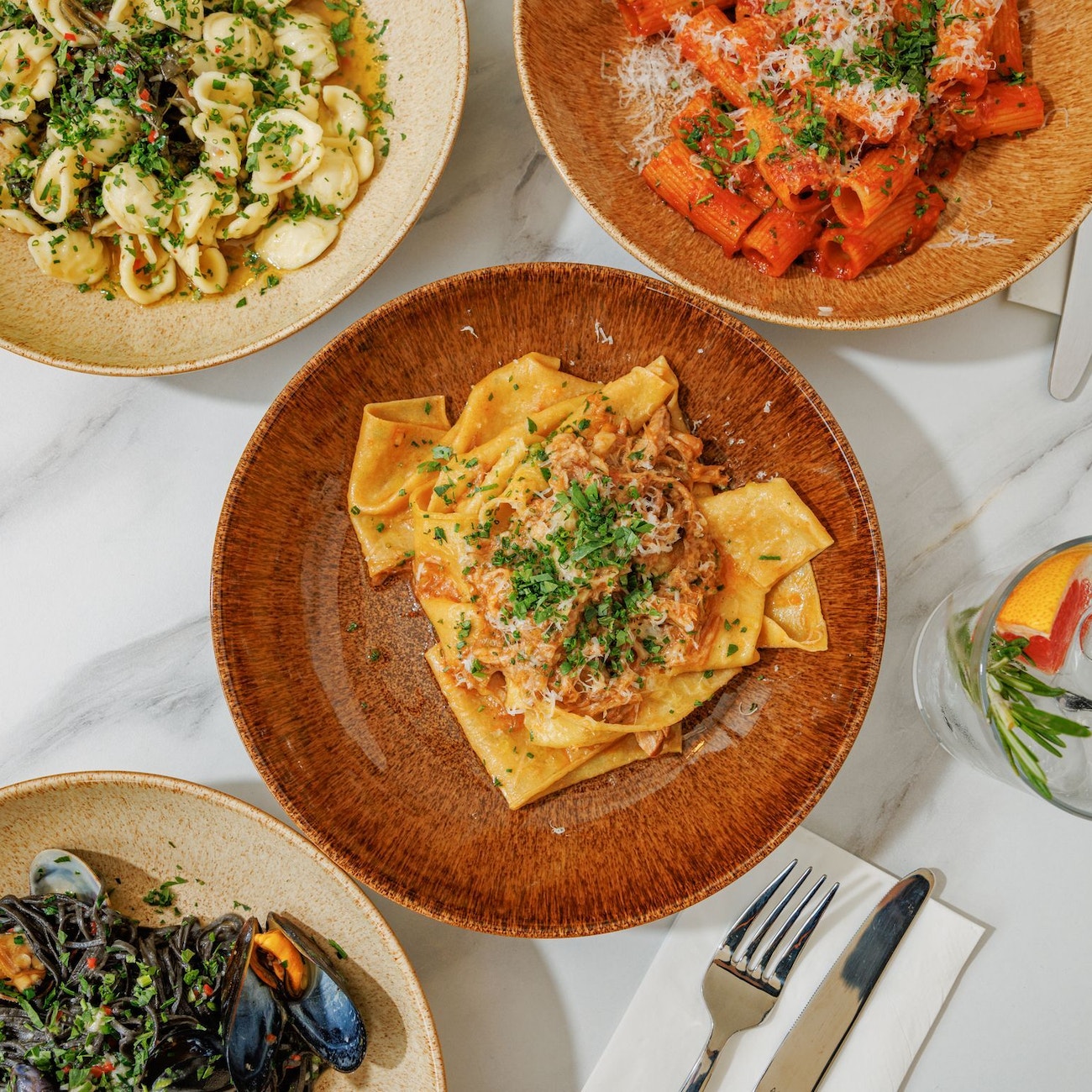 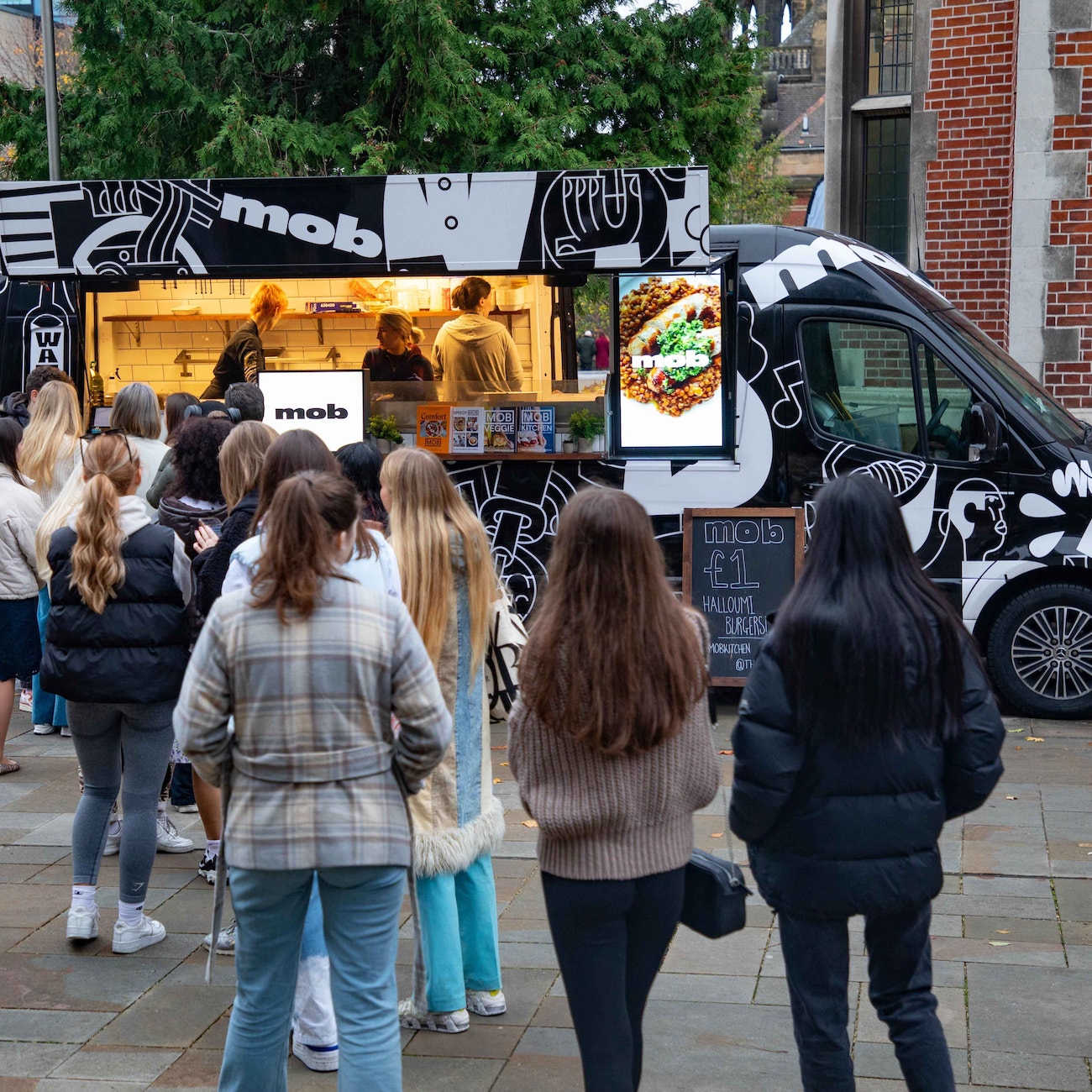 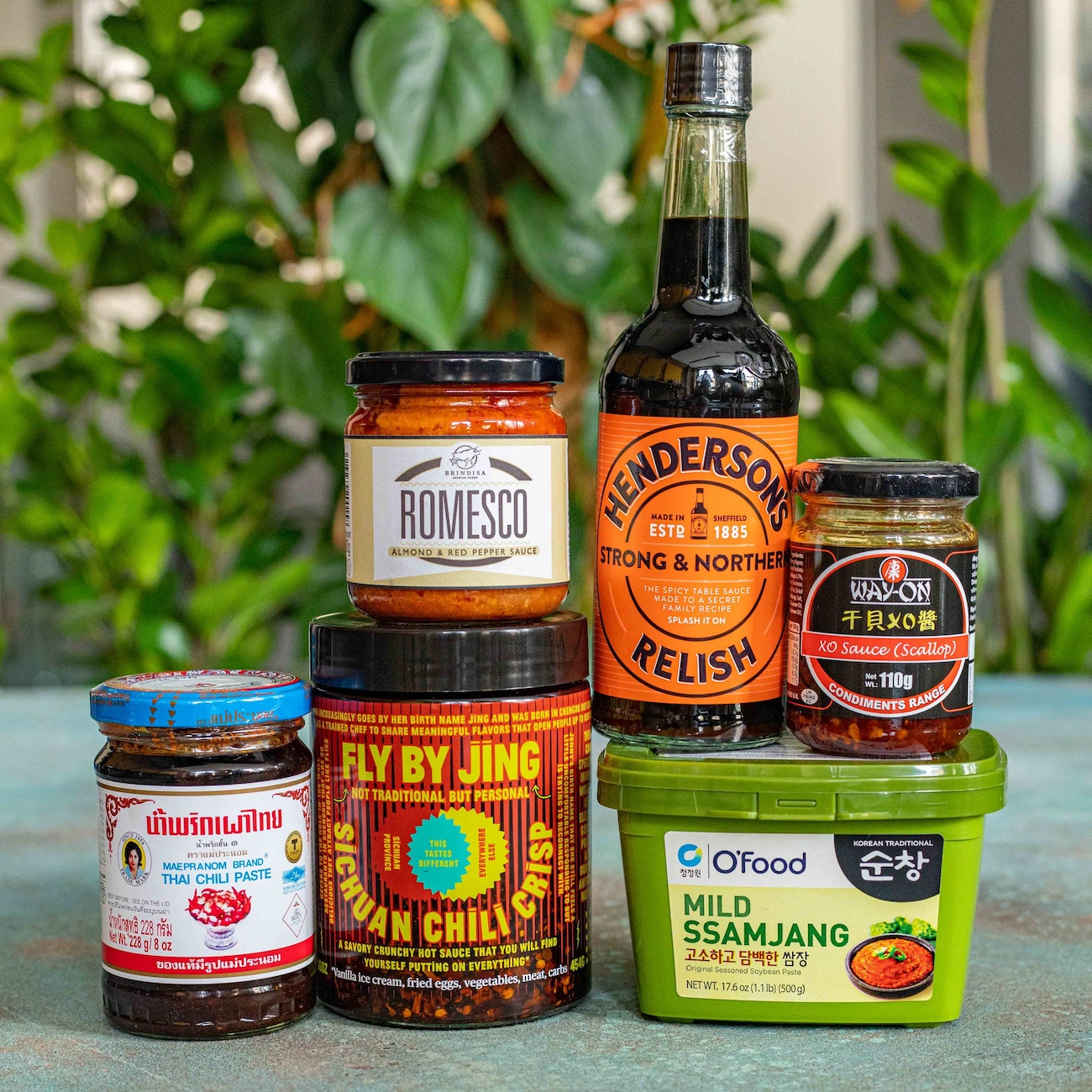 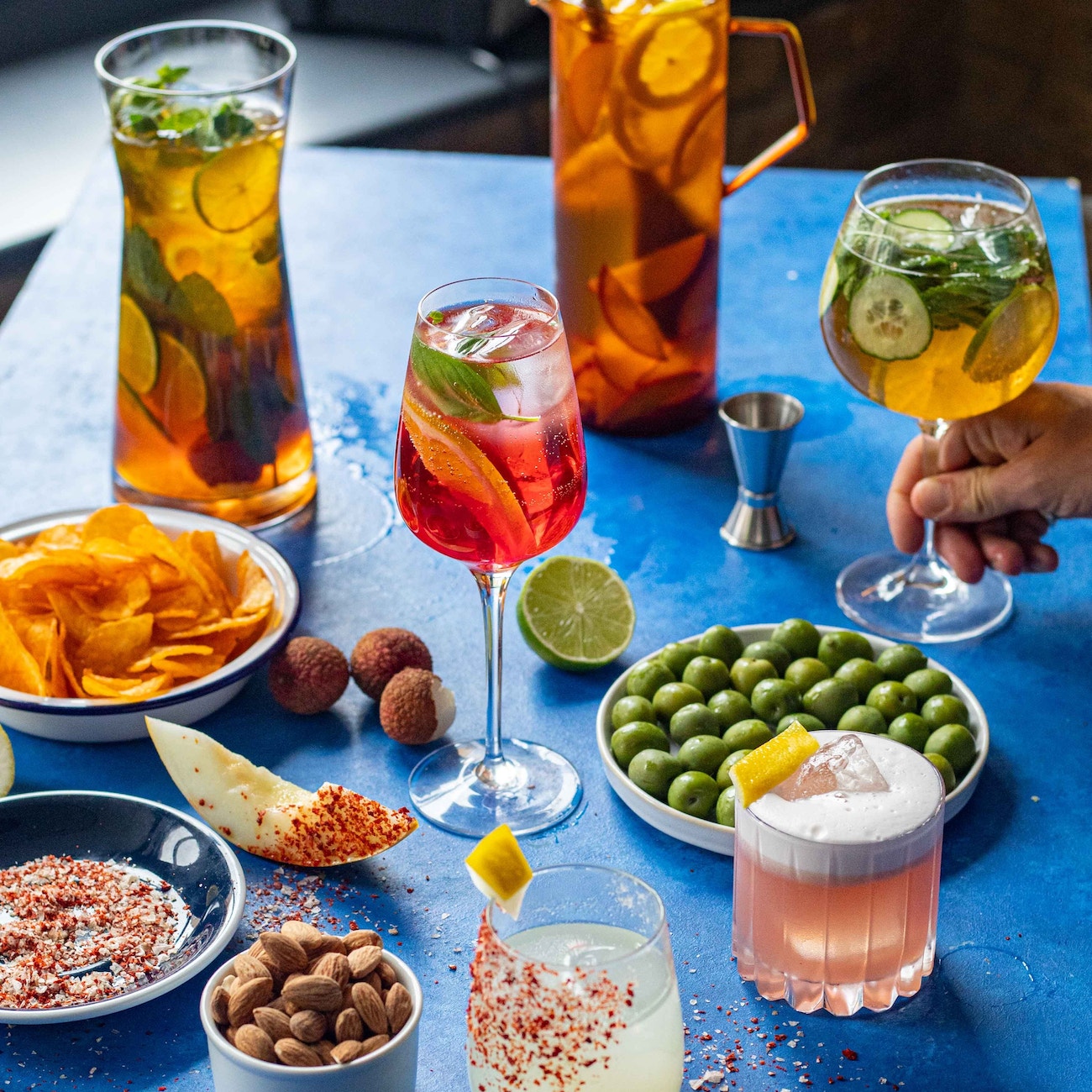 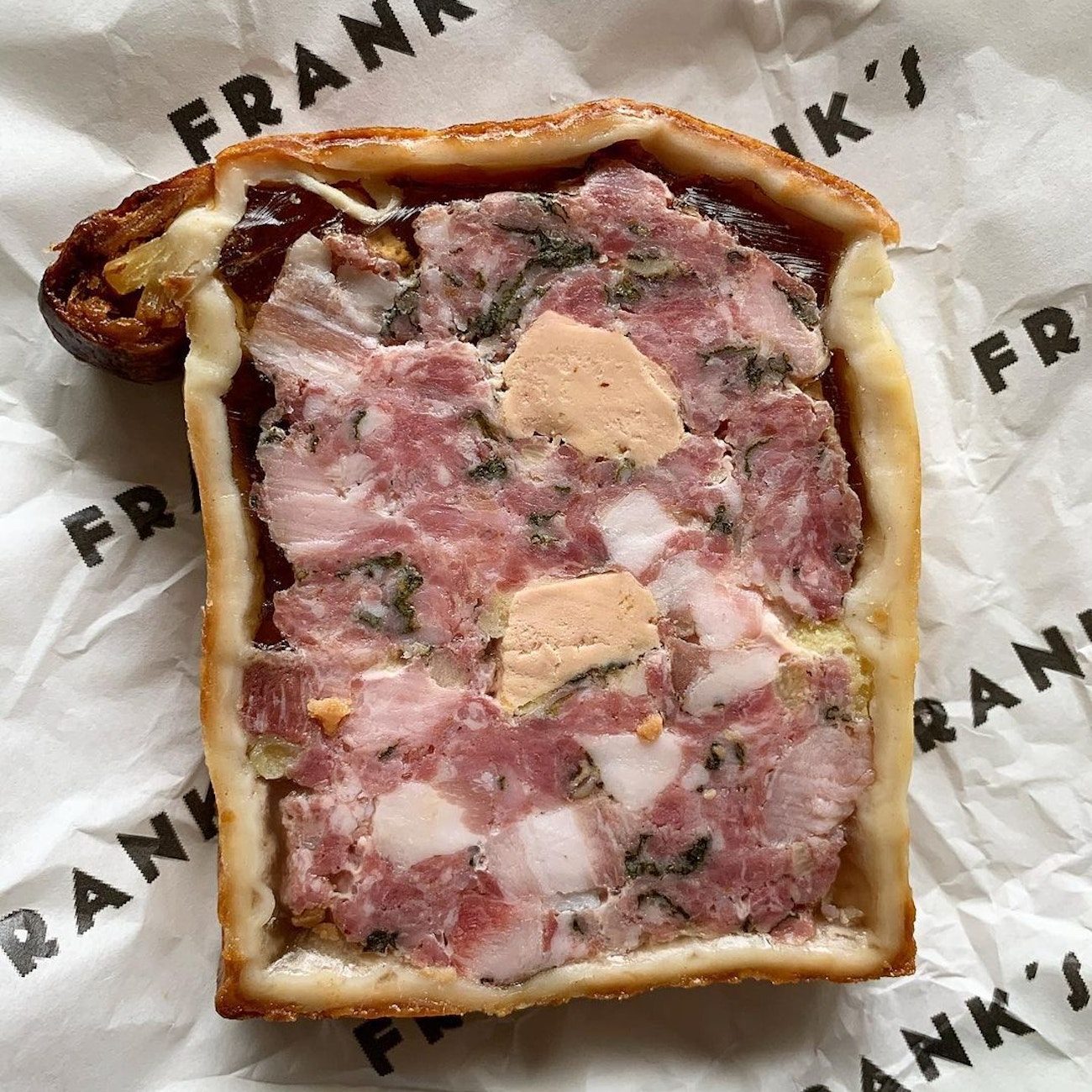 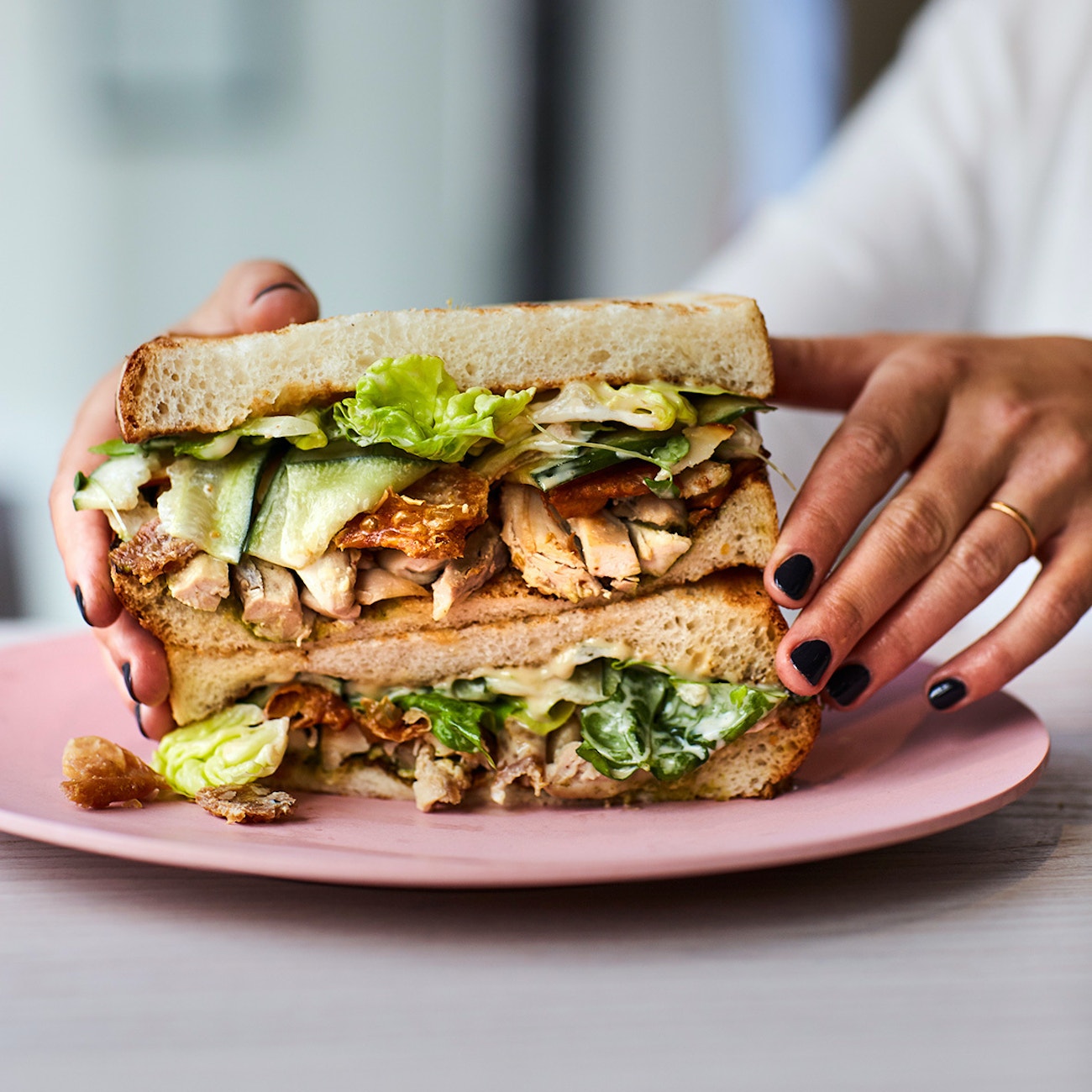