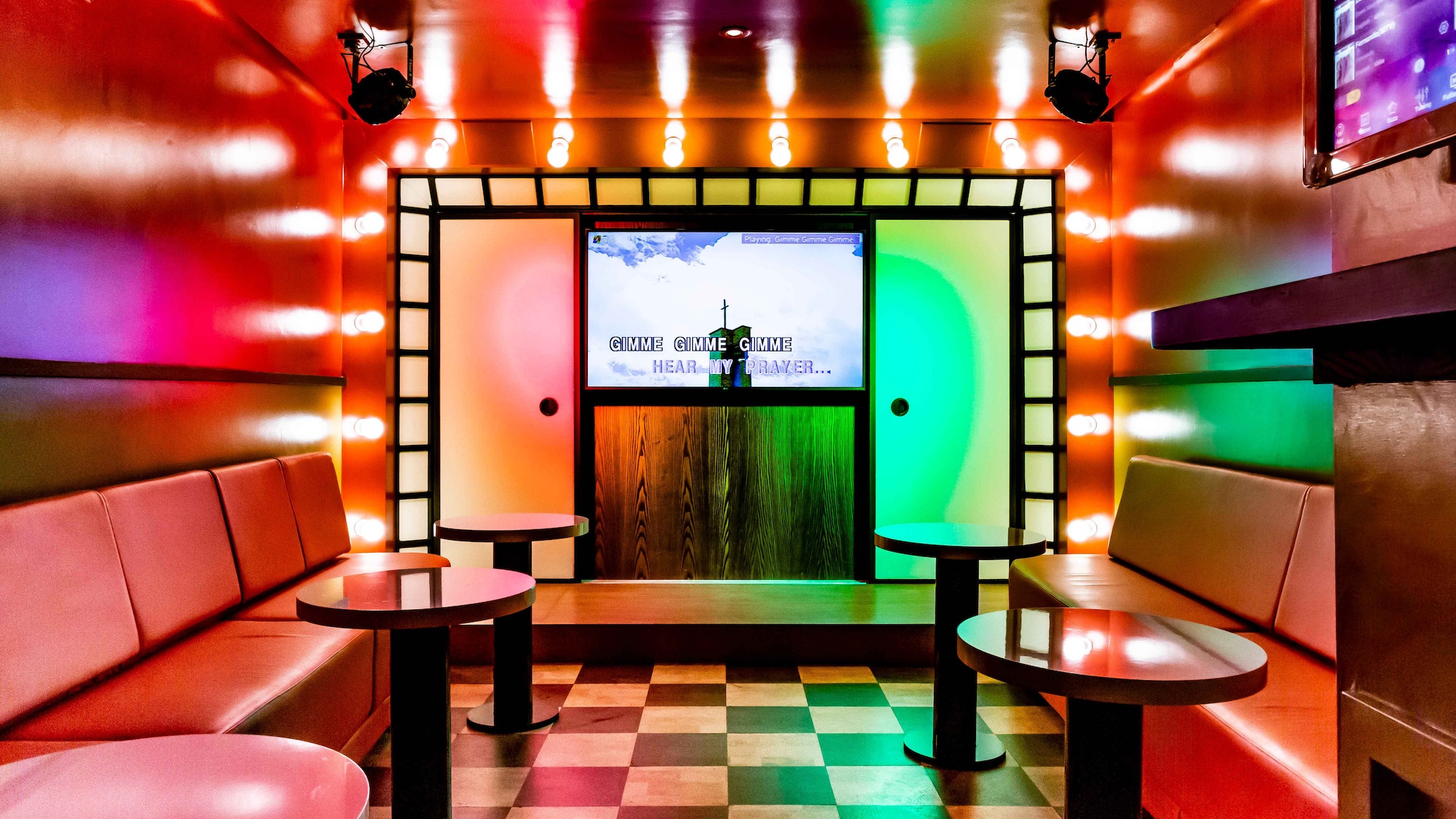 How Important Is A Restaurant’s Interior?

We make the case that a restaurant’s interior is, when it boils down to it, just as important as the food. Or, at the very least, almost as important. 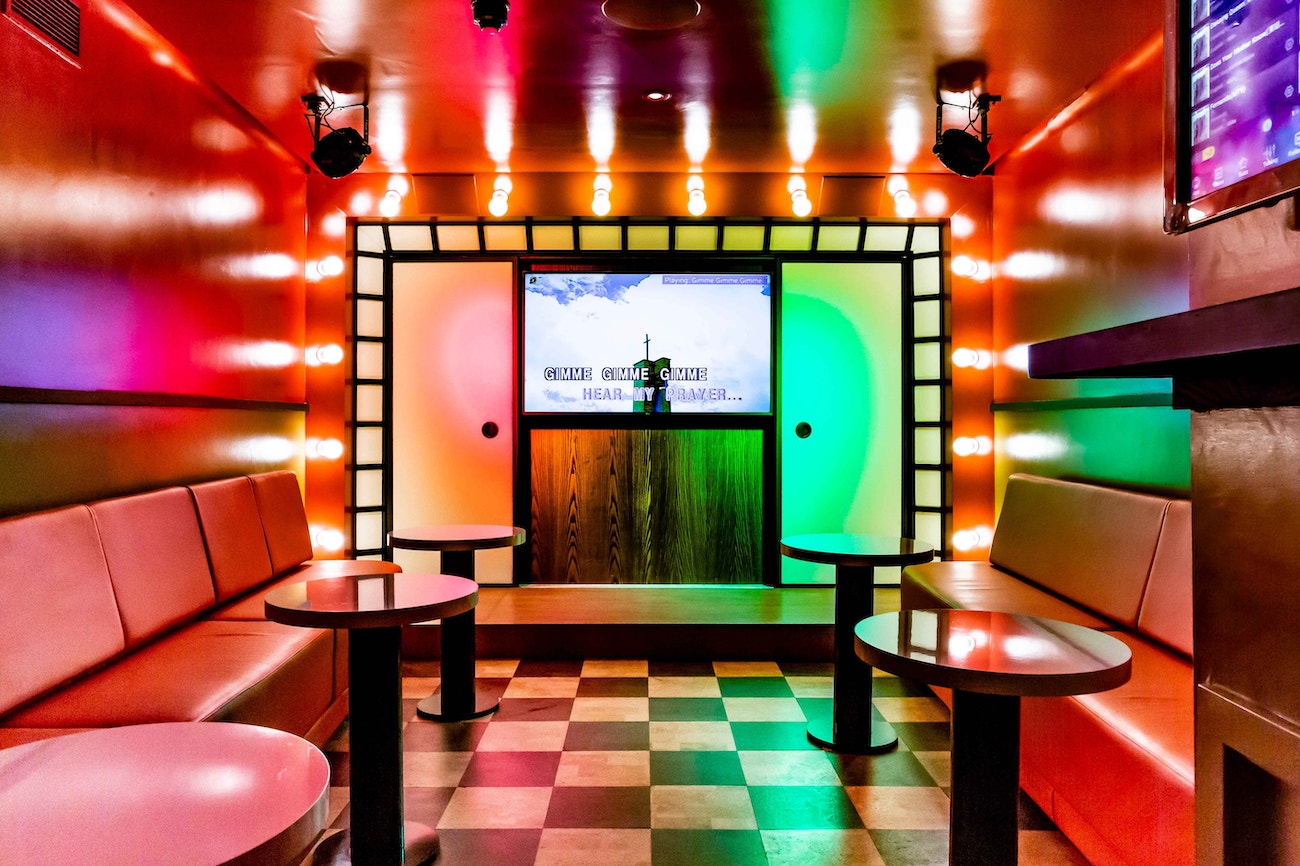 Picture this: you’re settling down to a meal with someone you love. A beautiful roasted kabocha squash risotto, topped with leaves of crispy sage and a scattering of pine nuts, is placed in front of you. You’re just about to have your first forkful when, out of the corner of your eye, you spot a glitter-dusted moose head mounted on the wall. You want to enjoy the sweet and subtle flavours of the al dente arborio but you can’t stop staring at that moose head, its diamante-encrusted eyes boring a hole into your soul and distracting you entirely from your dinner.

Ambience matters. And restaurant interiors really matter when you’re going out to eat. Sure, you’re paying to eat beautiful food but you’re also paying to eat it in a beautiful space surrounded by beautiful people. Immersing yourself in a restaurant’s atmosphere is half the point (and fun) of going out for dinner. It’s one of the main reasons I wasn’t all that jazzed by the meal kits crave that shook the nation over peak lockdown. Eating a smoked eel arancino on my sofa doesn’t have quite the same appeal as eating it in a cave à vin.

In no restaurant is the importance of ambience more obvious than Sessions Arts Club. Self-described as an “urban sanctuary” and located in the old judges' dining room at Sessions House, a Grade II-listed building in Clerkenwell, it’s a restaurant that’s been fawned over by the press just as much for its distressed-chic interior as chef Florence Knight’s pristine plates of food.

In his review of Sessions Arts Club, David Ellis from The Evening Standard described it as a “fairytale of faded Regency-era glamour” decked out with “worn green paint and crumbling pink plaster, ceilings as tall as giants” and “great arched windows breathing light”. He wasn’t wrong. Walking into the restaurant and ascending up its rickety lift is a bit like booking yourself into an edgier version of The Grand Budapest Hotel. The food, however, is a lot less Wes Anderson: honest portions of pork belly, fennel, and orange go tit for tat with Provençal assemblages of petit aioli with egg, anchovy, lettuce and radishes. There’s nothing mildly twee about the cooking here.

The space itself was zhuzhed up and conceived by Jonny Gent, Jon Spiteri, architect Russell Potter (of SODA Studio), and Ted and Oliver Grebelius of Sätila Studios. That might sound like it’d be in danger of becoming a “too many cooks” situation but the interior has obviously benefitted from having so many seasoned pros involved.

Dedication to experience and ambience can be found everywhere from high-end, £5-for-a-single-croquette restaurants like Sessions to more casually-priced affairs as well. The Big Mamma group are known for their OTT interiors; brash and bold dining rooms have become a calling card for their restaurants that span across the globe from Madrid and Paris to Covent Garden. All you need to do is walk by Circolo Popolare in Fitzrovia and see the 20,000 bottles of alcohol lining the walls to understand how crucial an interior is to a restaurant’s success. And with TikTok and more image-first social media platforms becoming so influential, I can’t help but question whether people are starting to consider the interior and vibe of a restaurant to be more important than the food? Speaking from personal experience, I’ve had more people ask me how I can help them get a table at Circolo Popolare more than any other restaurant.

The obsession with what a restaurant looks like on the inside is hardly new, though, and it’s not like TikTok-ers are the only ones judging them on that metric. Sketch is a three Michelin-starred restaurant located just a quick saunter from Oxford Circus. You’d expect the food to be one of the major selling points at a restaurant which serves what Michelin deems to be “exceptional cuisine that is worth a special journey" yet take a look at Sketch’s Instagram tags and you’ll be lucky to find a single snap of the food they serve. Honestly.

Most of the photos are, in fact, of the restaurant’s bathroom. I’d be lying if I said that loo didn’t look really, really cool but I can’t help but feel that it’s also an easy marker of style over substance. Because if visiting the bog is the most memorable thing about someone’s dining experience, surely you’re doing something wrong as a restaurateur? Or, then again, maybe you’re doing the opposite. While I’m not personally a fan, getting a booking at Sketch is still relatively difficult and the restaurant is one of only seven restaurants in the UK to hold three stars. Sometimes people are happier with getting style in lieu of substance. And that’s okay. I just don’t get why you would go to a restaurant that completely forgets about the substance part when there are so many places out there that capably combine the two. Soho’s Sri Lankan stunner Paradise is one such restaurant.

Having a meal in Paradise feels a bit like you’re dining in the Barbican. The cool, concrete space, designed by Dan Preston Studio, was even longlisted in the ‘restaurant interior’ category of the Dezeen Awards 2020. Part of the reason why Paradise’s brutalist interior works is because it offers a compelling contrast from the vibrant flavour and aesthetic of dishes like the roasted yellow cod curry and charred courgette and cucumber kiri-hodi curry. Those colourful, kaleidoscopic creations sit on top of bespoke Sofia Ceramics crockery to underline the divide between the restaurant’s sunny South Asian food and its rather less-sunny physical location in central London. 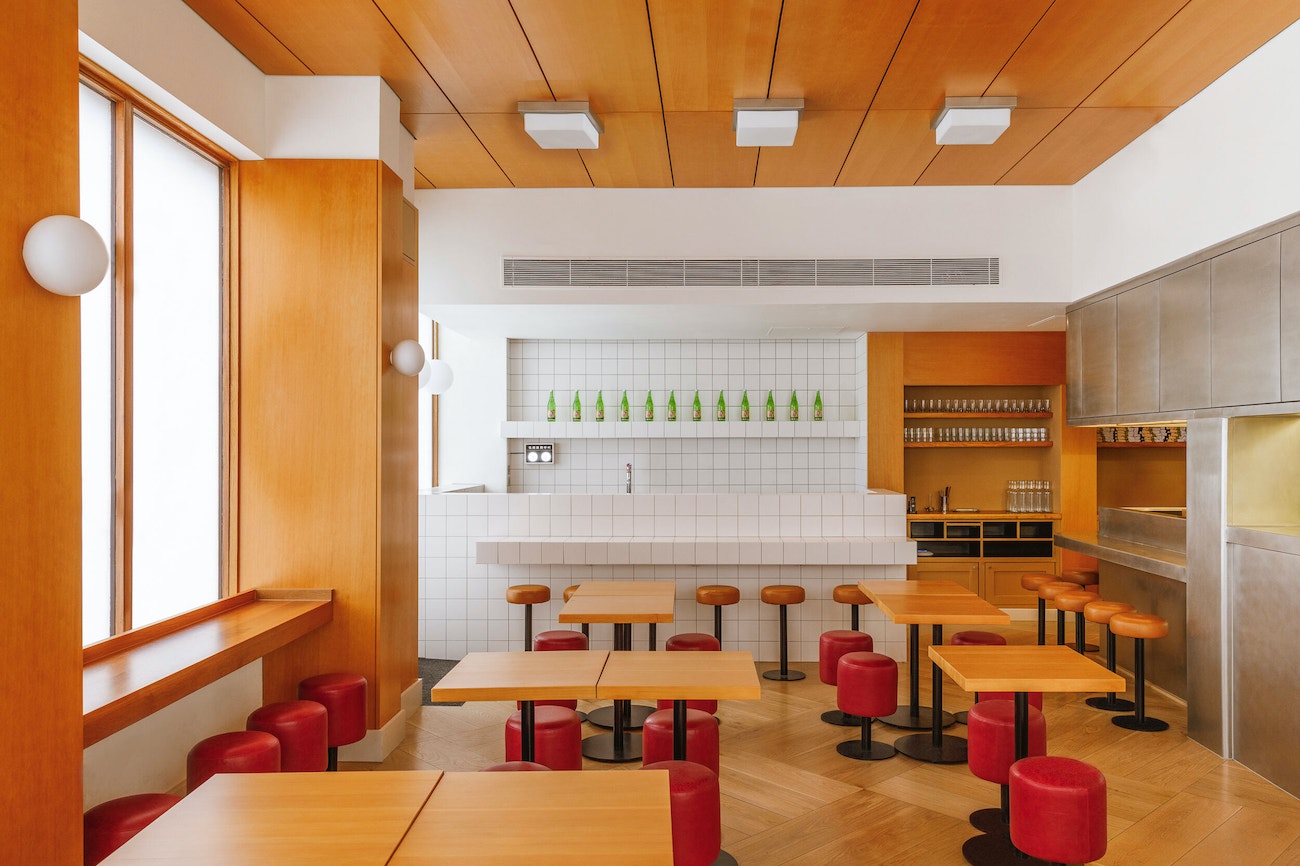 Restaurant groups like BAO, Mowgli, and Dishoom are also known for their en pointe interiors. Each BAO has its own distinct character that’s reflected in the vibe the restaurant puts out. The latest BAO Noodle Shop, styled after the beef noodle shops you’ll find scattered across Taiwan, is a testament to that individuality. Walking in there for lunch is like being transported to a city in another country – the tiled walls, counter, and open kitchen offer an escape from the bland consumerism of Shoreditch High Street and immediately livens up your senses and taste buds. The downstairs karaoke room provides an even more desperate escape from reality, should you so desire it.

The meticulousness with which each BAO interior has been designed is unsurprising when you learn that two of the founders (Shing Tat Chung and Erchen Chang) met while studying at the Slade School of Fine Art. “The way we approach our interiors has always started with the concept inspiration. Taking the essence of our inspirations with our personal experiences and translating them into the world of BAO,” Erchen Chang tells Mob.

“I have a love for sets, cartoons and proportions. I think, coming from Taiwan and my childhood memories of Japanese cartoons, I have always loved the small portions, the tight seating arrangements and making use of every piece of space possible to create something unique and specific for those different spaces. It also doesn’t necessarily need to be small – it’s all relative,” she continues, “a stool with cute and chunkier proportions can be the same as a standard size and give that illusion of cuteness. I think I have had this mindset since my time at the Slade, and ever since then, it’s been rooted in the way we work.”

The BAO group’s restaurants have become canvases; each new opening allows them a chance to create a new immersive dining experience and acts as an almost quasi-art installation for hungry customers. An interior isn’t just a place for you to enjoy where you eat but an outlet of creativity for its designer. “We wanted BAO not to be just a place to eat but a place where we could use art and design to bring people together,” says Erchen. 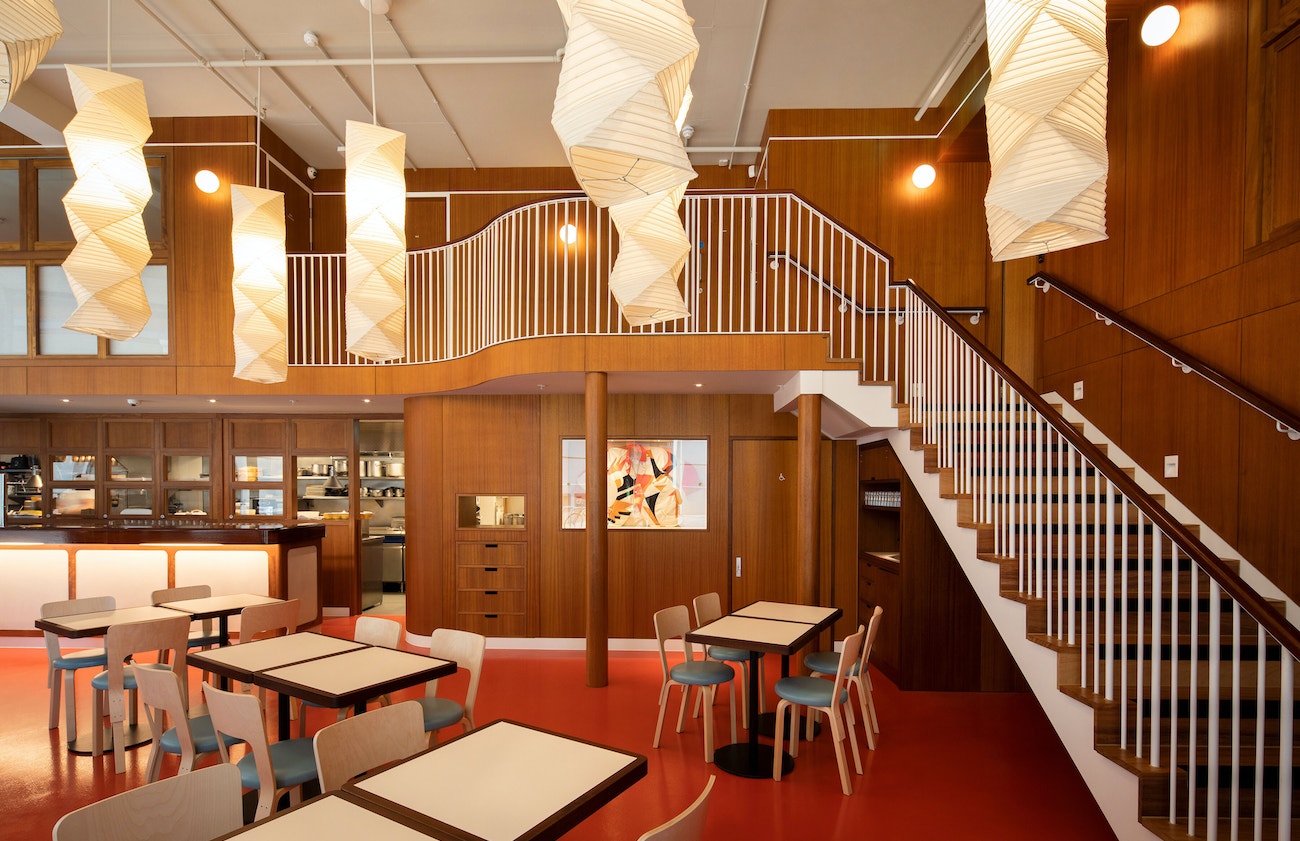 Not everyone, however, gets it so right. Amazonico is just one example of a restaurant that takes it too far. With its Rainforest Cafe-esque foliage, it goes past the point of extra into the straight-up gaudy, leaving places that deliciously balance on that edge of “too much” (cc: Bob Bob Ricard and Brasserie Zedel) looking practically underdressed in comparison. St. JOHN exists on the opposite end of the spectrum: a restaurant that’s purposefully pared-back and modest – its white-washed walls make it sort of feel like you’re dining in a mental institute, in a good way – so as not to distract from the food.

Anthony Bourdain once described St. JOHN’s iconic bone marrow dish as “simple, austere yet luxurious” – a descriptor that’s just as apt for the pretension-free interior. The honest food reflects the ambience as the two work together in calculated synchronicity. “I personally love restaurants that are institutions and have lived through time. Places that you can tell have been worked in, day in day out,” says Erchen, “there’s a real beauty in things that have found their own place over time through human interactions.”

Sessions Arts Club nails that human harmony – the food and the space work in tandem to provide something truly special: a space that feels both lived in and full of life. You don’t simply leave with a full stomach but leave feeling almost euphoric, rattling with the afterglow of having had an unforgettable dining experience. A very good meal at a very good restaurant should be capable of that. It should be capable of giving you a gustatory runner’s high and fond memories that will stick with you for days, weeks, months, and even years. Restaurants are about more than just the food. And that’s why interiors matter so much. 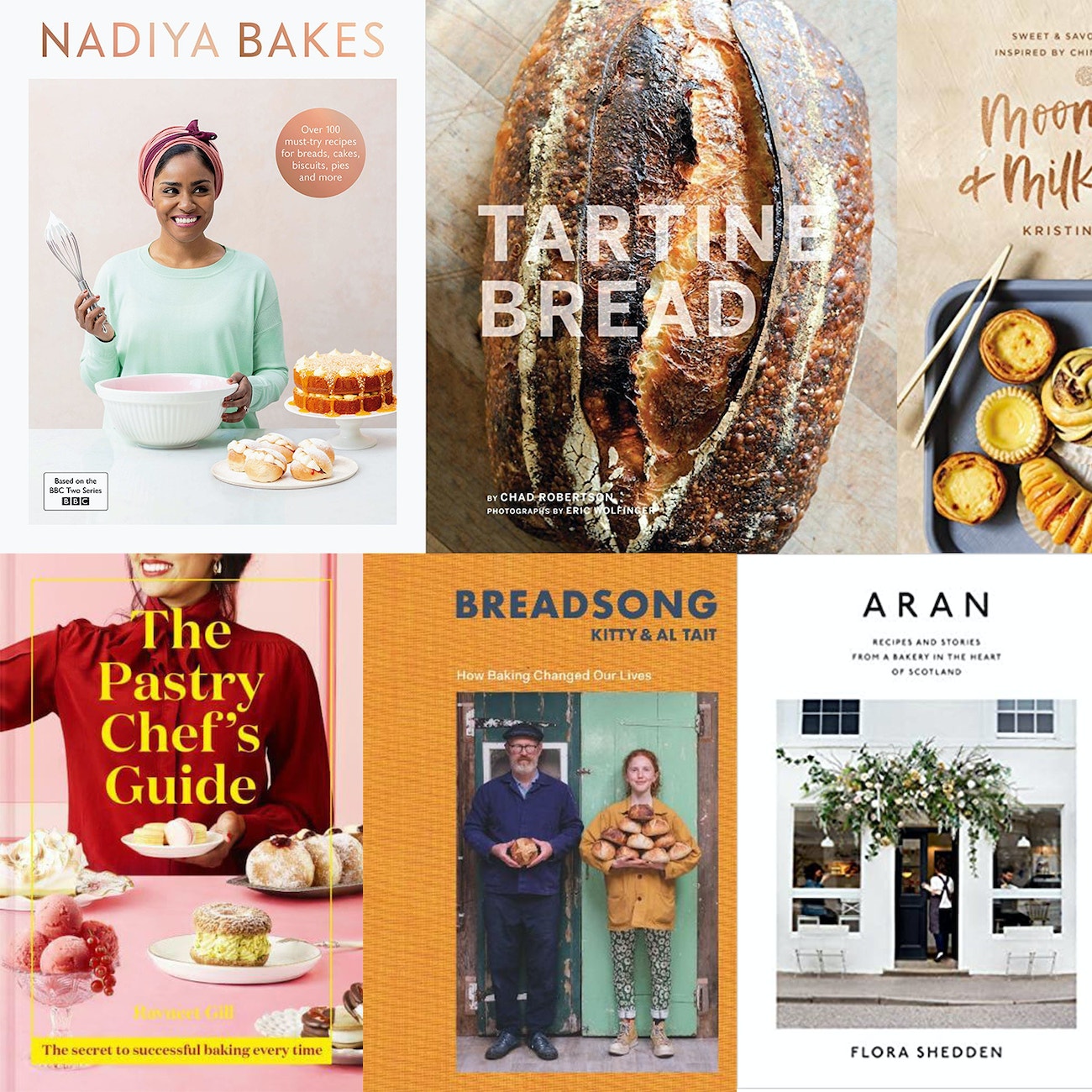 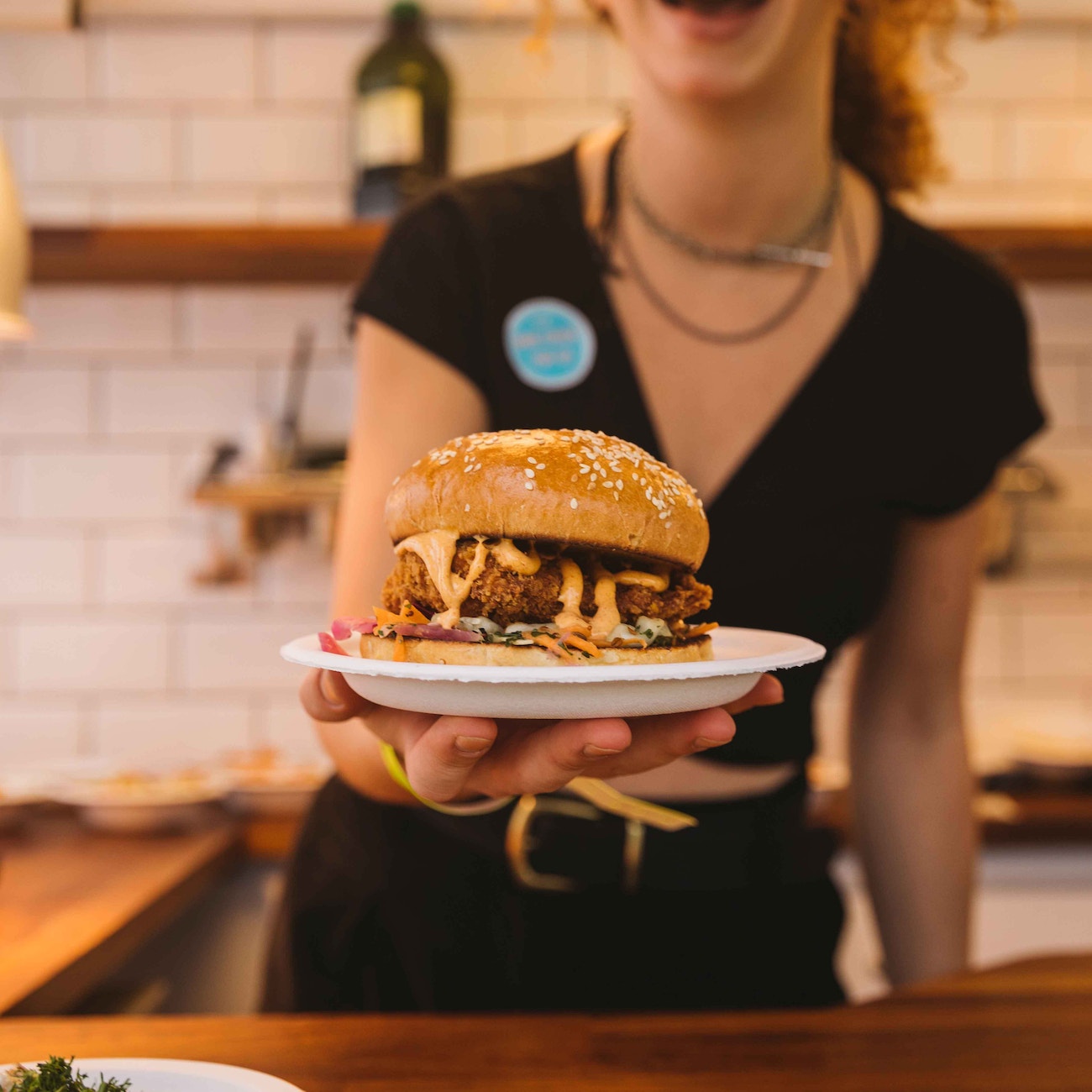 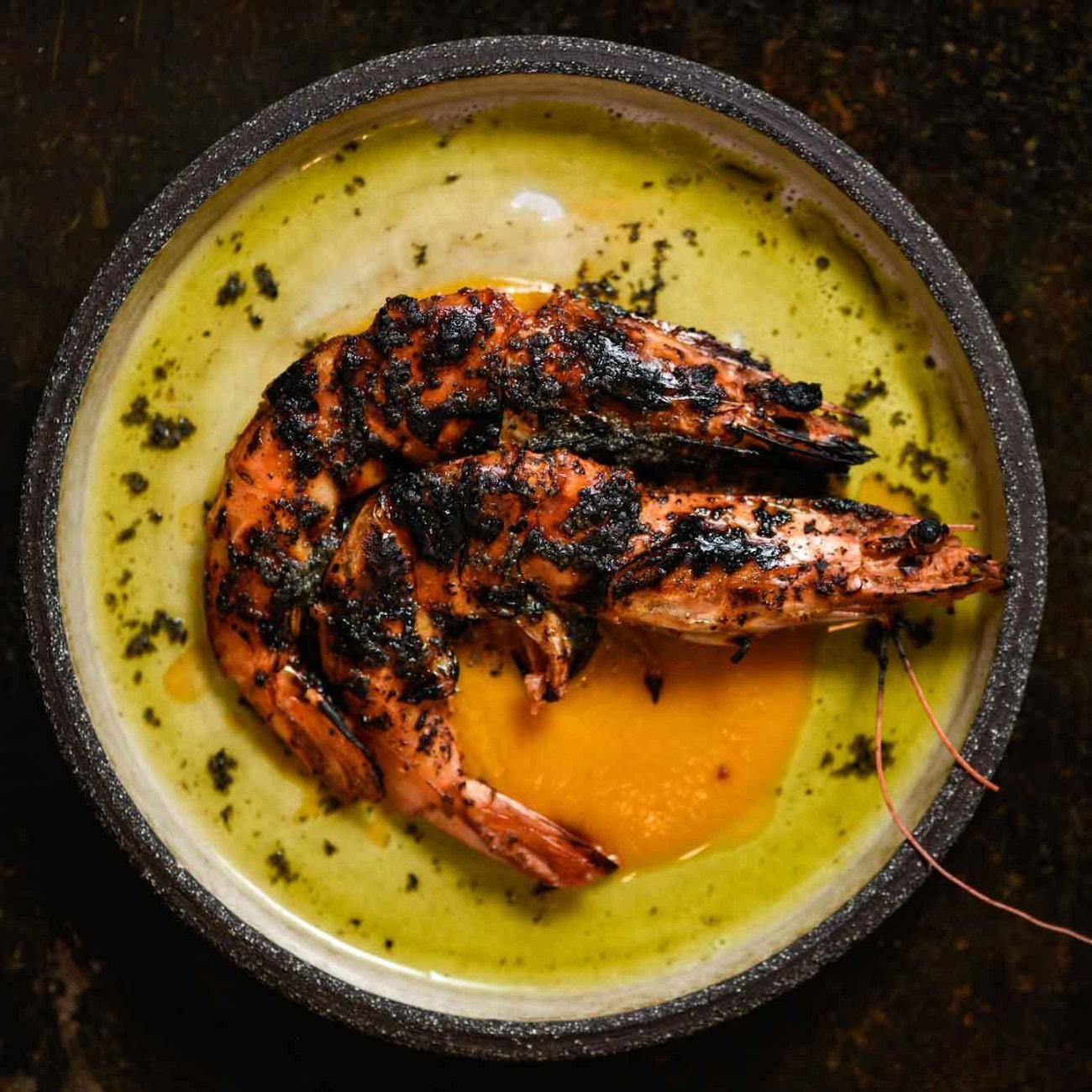 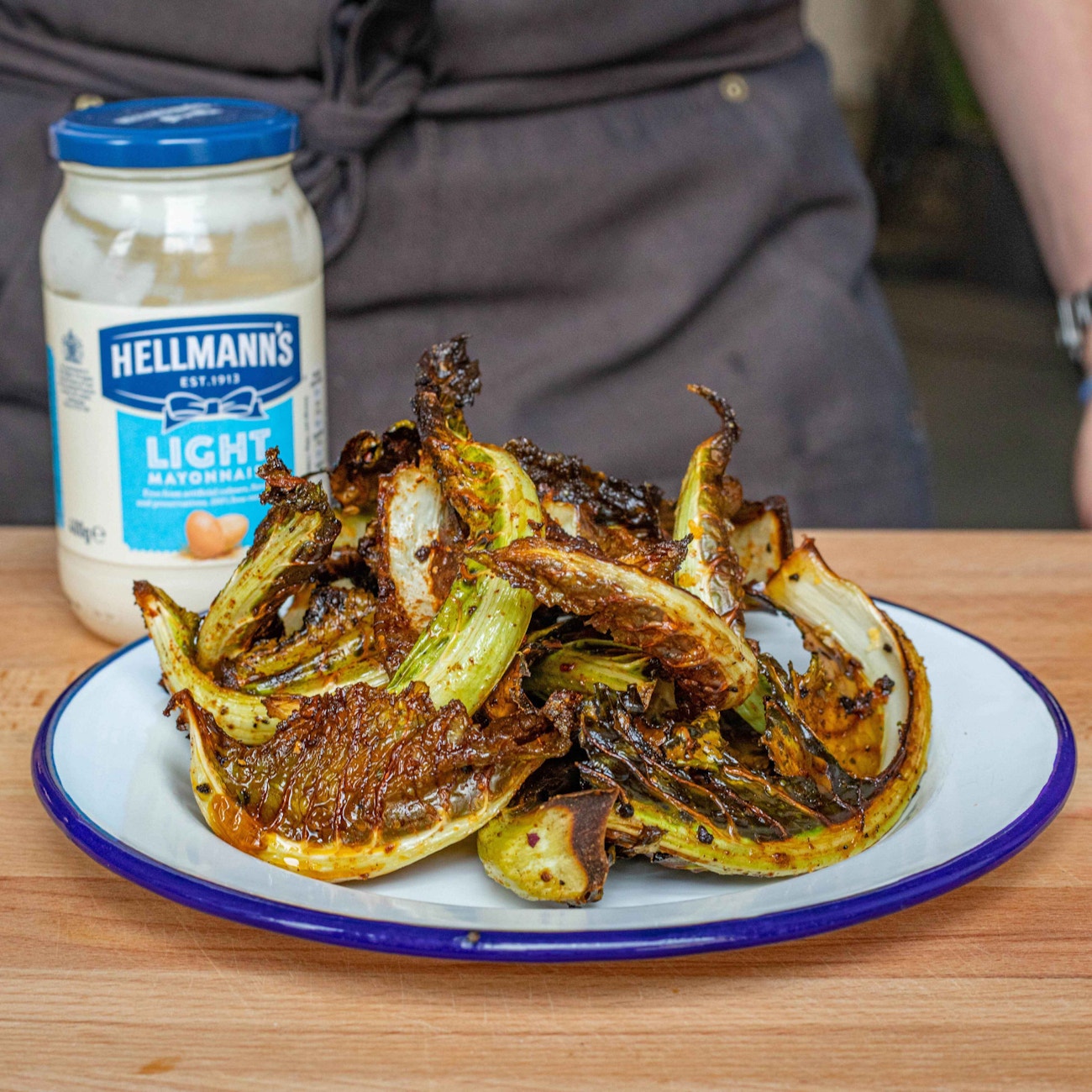 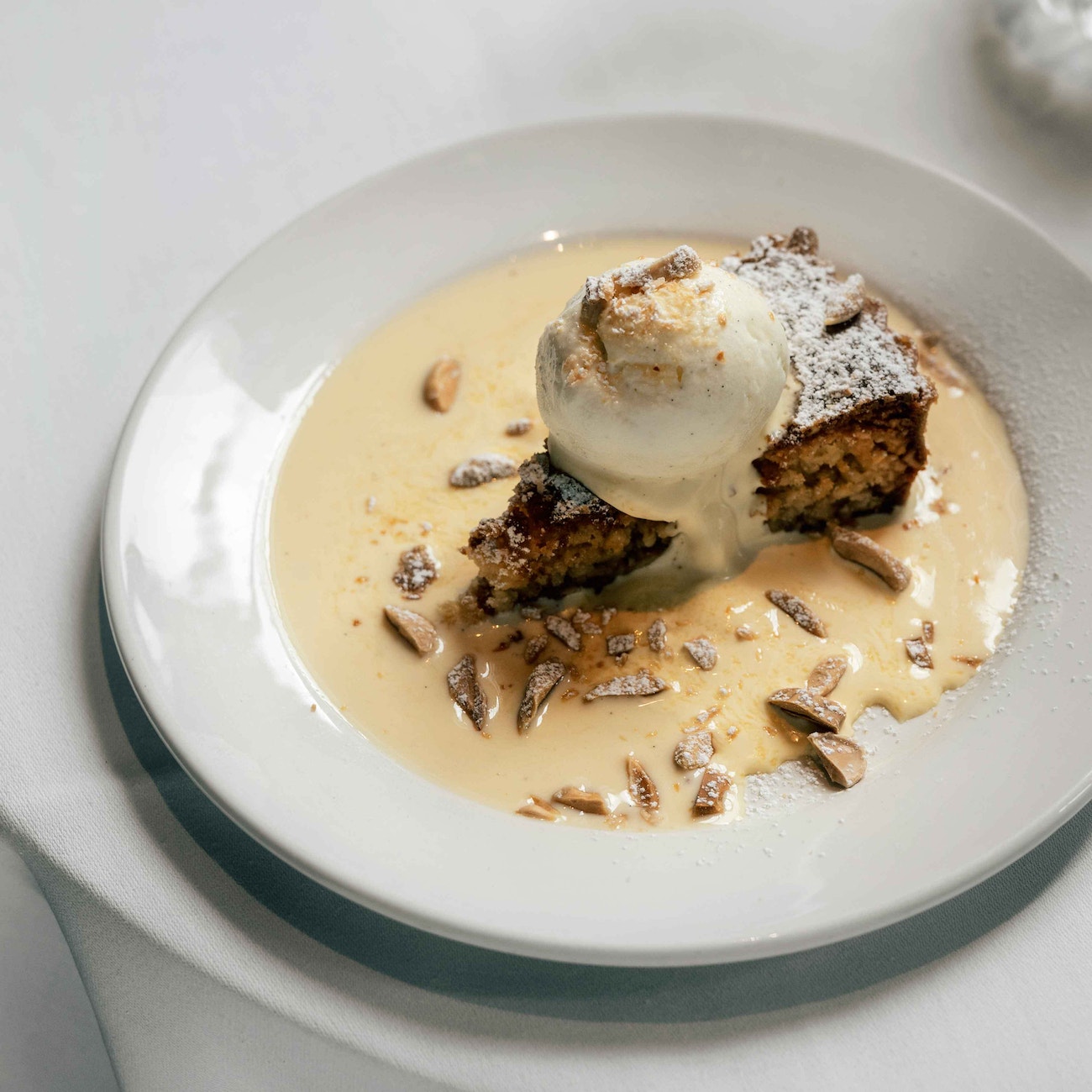 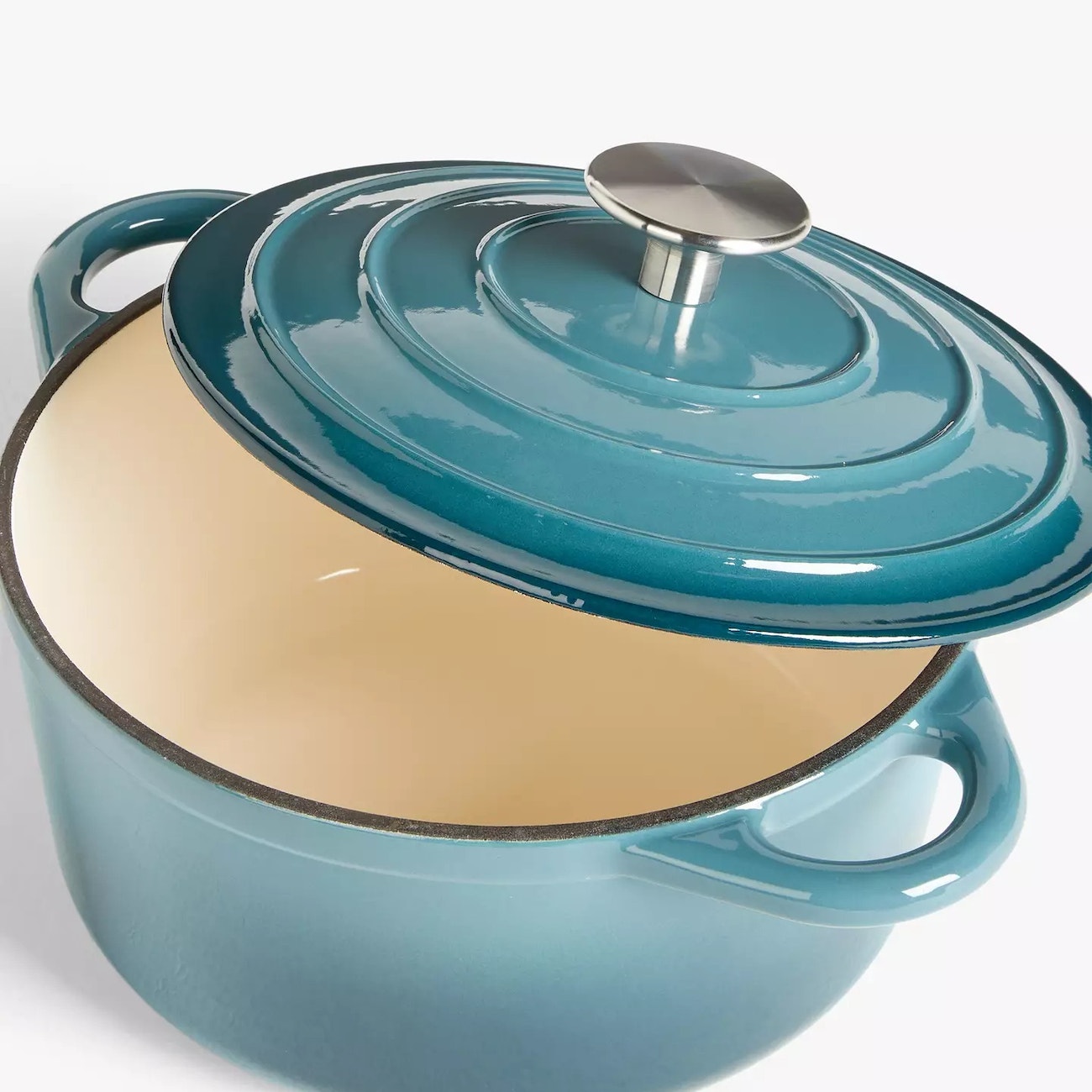